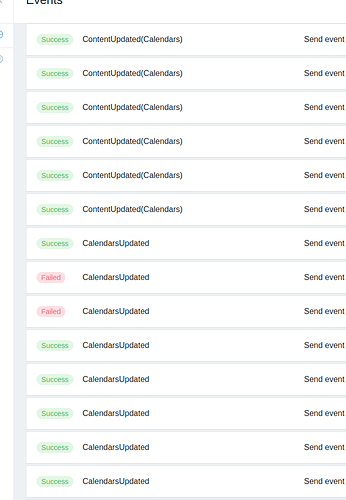 image692×1000 55.8 KB
As you can see recently the name (type) of the event has changed. This is not acceptable - it broke our infrastructure that relies on the field

Can we ask for a rollback?

I am sorry, this event type was mainly used for debugging and the log UI. I am not aware that you have used it for your webhook. I will revert this change.

Yes, I think this is the piece of data in the payload that helps us identify the type of the received message (create/update). Do you think there is a field that is a better fit for it?

I will revert it anyway. It is in the build pipeline right now. You can also use the schema and the general type field.