I created a schema named “symptomstep”, I removed it, and I tried to create a new schema with the same name.
Unfortunately I have an error message. 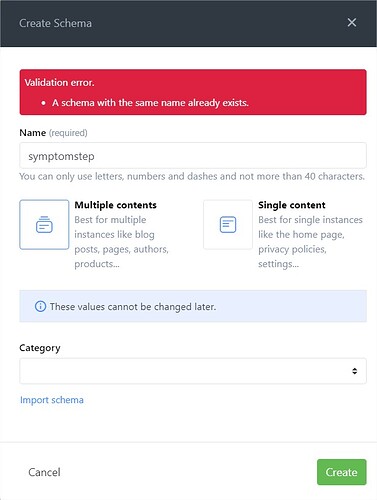 It is possible to re-use this name ?

What is your app name?

The name of the application is Spareka

The schema has been deleted but not removed from the index. I will fix it manually but it can take a few hours until it has any impact.

It is actually a bug. I have fixed it (but not deployed it).

OK, thank you for your reactivity Sebastian