Scheme sync, References are not shown

I wanted to write an application that copies schemes from one app to another.

It all works. But the references are not taken over correctly. The schema ID is added, but it is not selected in the selection.

I had the same problem when I added the JSON code to the new schema and synchronized it. The references disappear.

Here are a few screenshots of the suspect.

destination-id.png1013×501 40.2 KB
In the second scheme with the reference, the ID of the parent scheme is available. 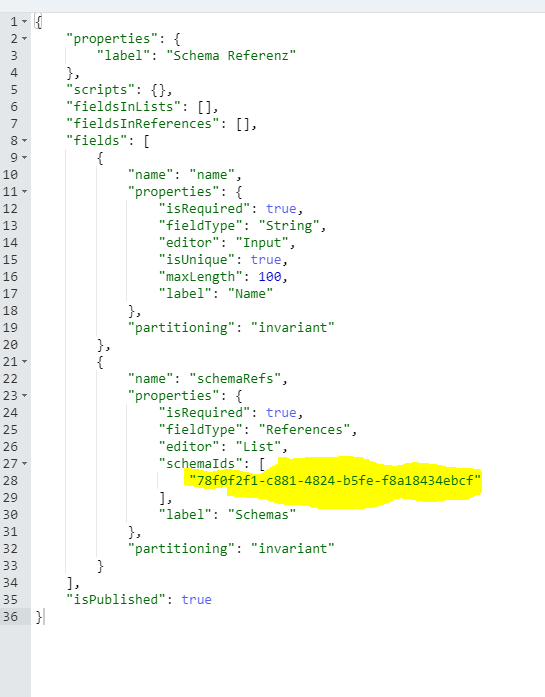 schema-json.PNG545×697 14 KB
The correct ID is also used in the JSON file within Squidex. 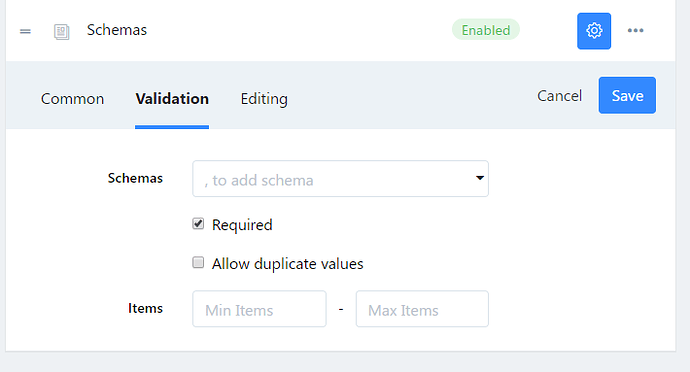 The problem is that the schema Id is not valid. It is pointing to the schema in the old app.

I have solved it in the CLI: https://github.com/Squidex/squidex-samples/blob/master/cli/Squidex.CLI/Squidex.CLI/Commands/App_Schemas.cs

If I remember correctly I store the schema with the names to the references schemas and then use the names to assign the correct ID.

I would say it is not a bug…

Ok, then I have to look, I have installed version 4.2 of ClientManager.

Thank you for your answer.