[IMPLEMENTED] Editing last permission on custom role is not saved

When I try to edit the permissions of a custom role, the last permission in the role is not saved after the Save button is pressed, unless I add an empty permission below.

Perhaps this is intended behavior, but I would prefer UI/UX improvements in that case.

When I edit the permissions of a custom role, the last permission in the list is not saved unless I add an empty permission at the end.

In the example below, roles.read is not saved on refresh. 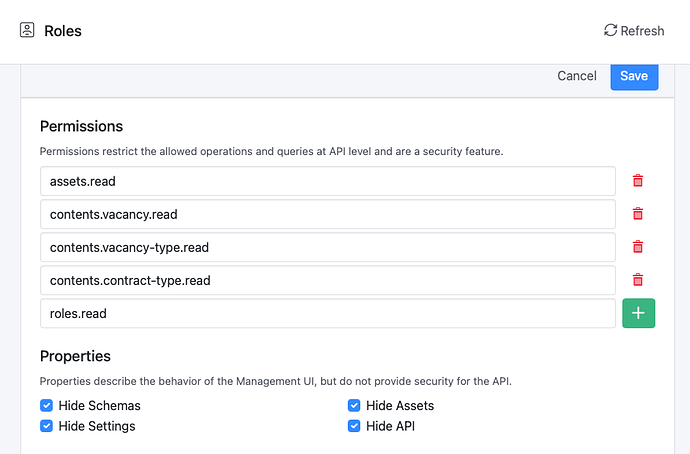 All permissions should be saved, including the last one in the list.

It is not a bug, but I see that it can be confusing. The last row works as a “Add Form”, so it adds a new row, when the button is clicked.

I will have a look, how it can be improved.

I have simplified it: 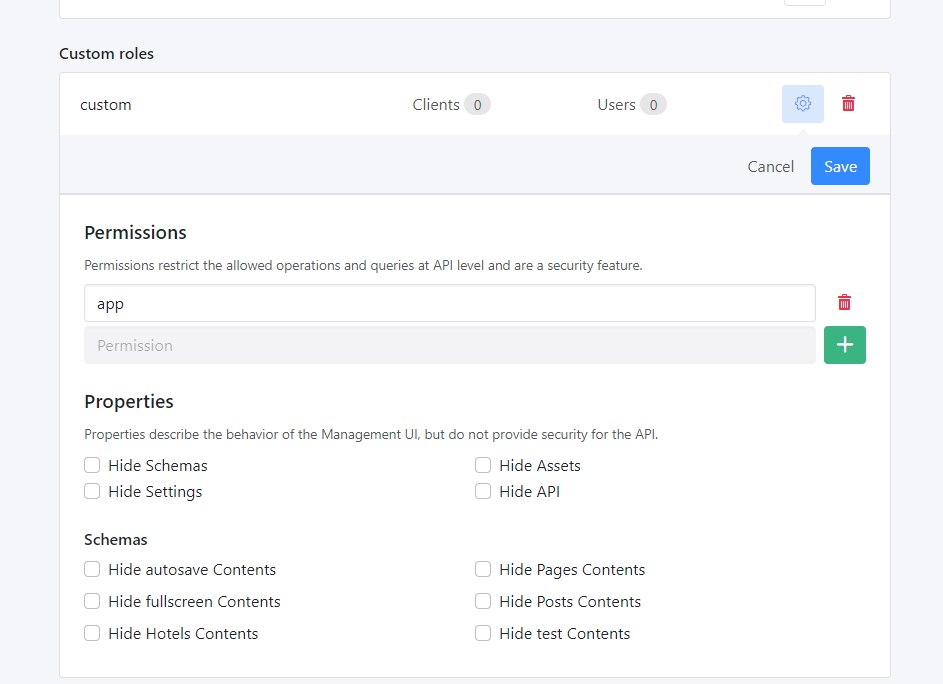 That looks a lot better, thank you.