I have a schema that contains a field named groups with the array type (localizable). 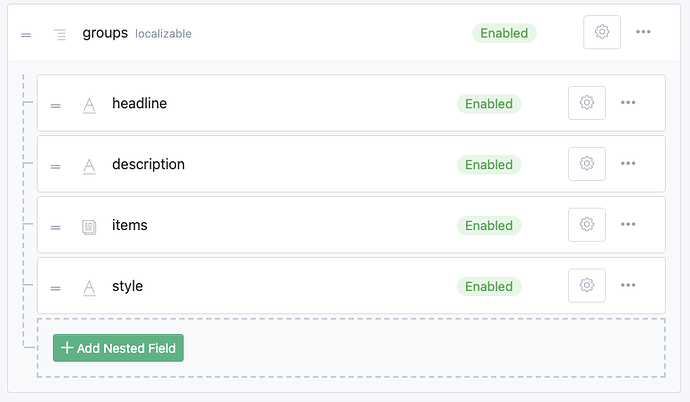 While retrieving data use GraphQL, this field only has data if X-Languages in the request headers is the master language (en). 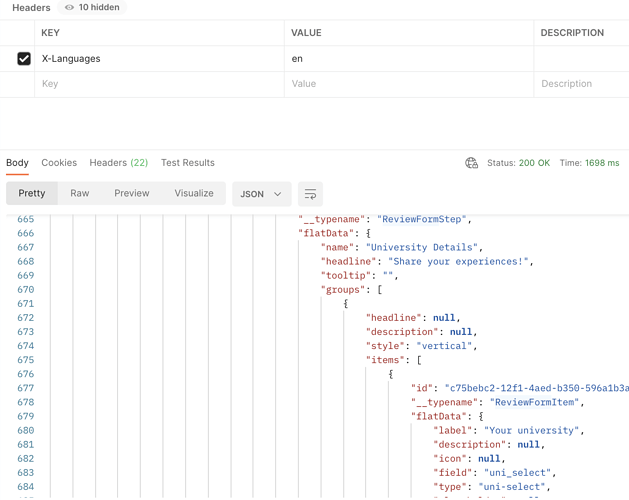 If I change the value of X-Languages to another language - French, for instance, the groups field will return an empty array. 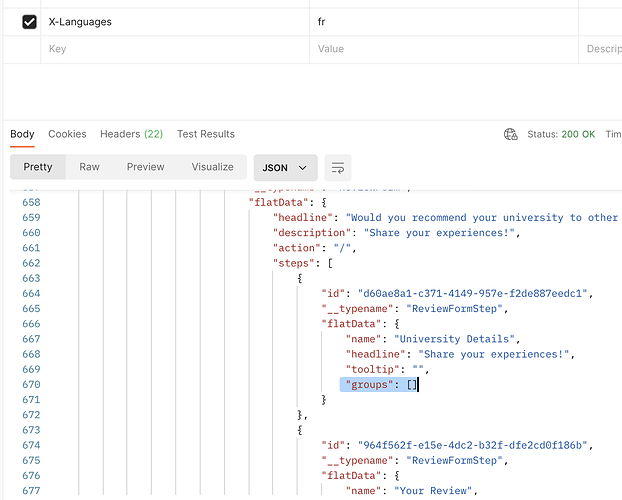 For other fields in the schema, the fallback language is working well. But it’s not working with the array type field.

The fallback language data should work with the array type field.

I am not sure what your expectations are.

I see…the problem is that fallbacks only work when a field is not there. An empty array is a valid item.

I have to test whether you can clear the field in the UI to make it work.

It works as expected. 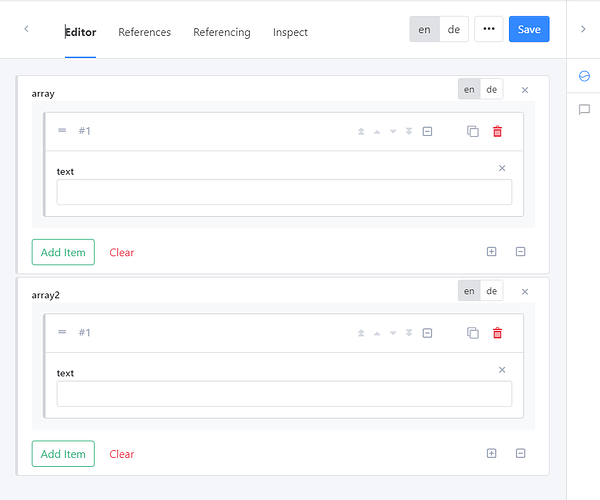 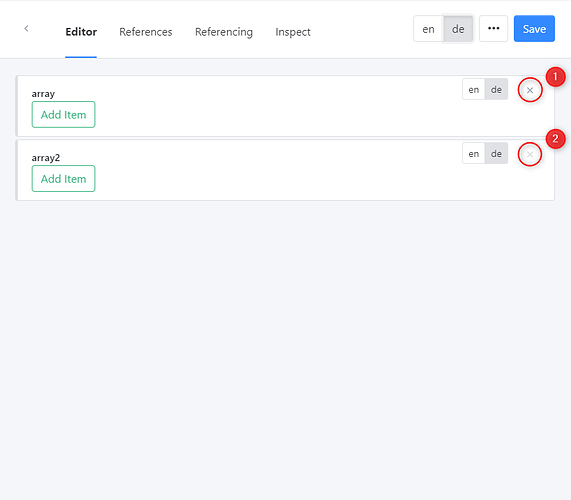 As you can see:

Therefore you get these results: 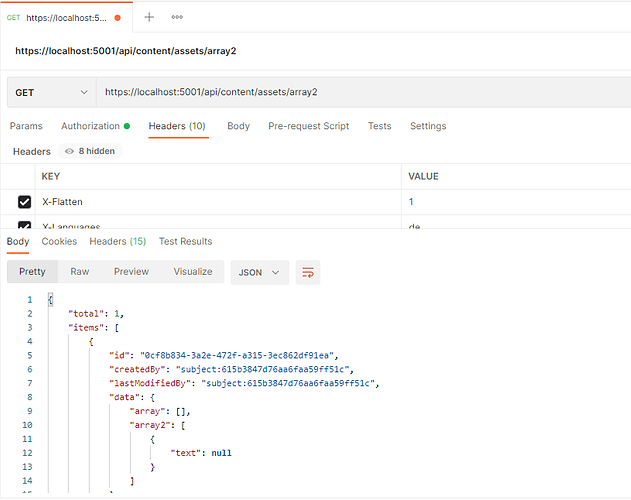