I have an issue when I’m trying to use a custom editor (https://surveyjs.io/create-survey). I’ve tried the older versions (less than 3 I forget the exact version) it works fine, but I need also new features so I’m using version 6.

I set the editor url
then on my content page it’s not shown because the ifame element has height: 0

The editor page is correctly shown on the content page

Hi. You have to define the height inside your iframe and you have to use the editor SDK, because the SDK has to send the height to the parent frame.

Thank you, Sebastian! How can I correctly integrate the editor SDK with (https://github.com/surveyjs/code-examples/tree/main/get-started-creator-angular) that is an angular app. I saw the examples of cke-editor, react json schema editor samples, but there are no samples with angular. Could you help me?

Where exactly is the issue? The main challenge with angular is to combine it with the editor, because you need a build process. But I will see if I can write a sample today.

I appreciate your support, thank you! I implemented the data updating on a content page, however, I’m not sure that my way is correct. I’d be grateful to see samples.

Here is the sample: 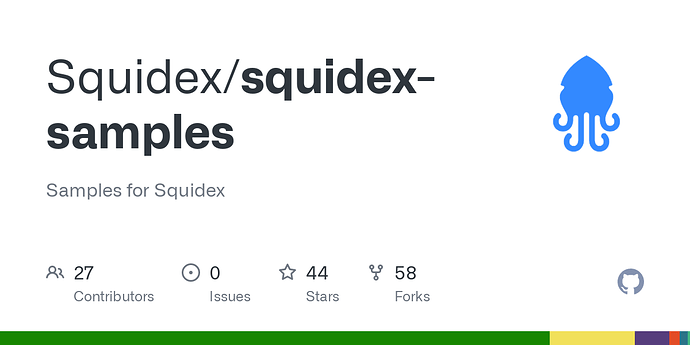 Samples for Squidex. Contribute to Squidex/squidex-samples development by creating an account on GitHub.

The relevant lines are this: